Reconstructing Past Identities from Archaeology, Linguistics, and Ethnohistory 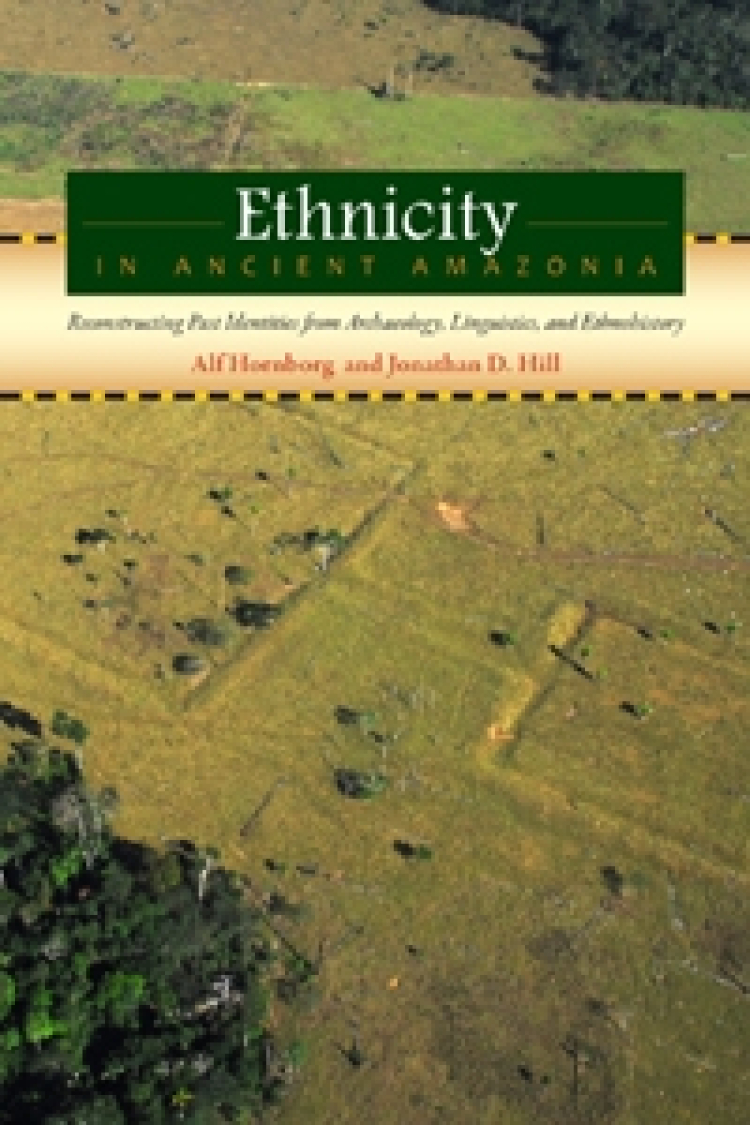 "More books should attempt what this book accomplishes . . . . The book demonstrates the value of interdisciplinary research in Amazonia with results that deserve attention beyond the region . . . . The long-distance exchange of information between linguists, ethnohistorians, and archaeologists promises to energize Amazonian studies for years to come."
—Latin American Antiquity

"An original, even brave, effort to demonstrate what various subdisciplines of anthropology can contribute to the examination of a complex problem. The cultural history and ethnogenesis of the Amazon—or any other part of the world—is not a question for archaeology or linguistics or ethnohistory alone."
—Anthropology Review Database

"The editors have done a significant service to the literature by outlining the strongest position for the interactionist paradigm, one which is also gaining prominence for the later prehistory of the Caribbean . . . . Moreover, the editors have the intellectual generosity to include in their edited volume contributions that are directly subversive of their thesis, predictably this reviewer's favorite chapters, as well as Neil Whitehead's thoughtful afterword which, while generally supportive of their paradigm, is also cognizant of the complexities that DeBoer presents as well as providing a trenchant critique of the Eurocentric least-effort GIS chapter of Dahl and colleagues as applied to Arawak distribution, and gently chiding Whitten's highly polemical chapter. All in all, this volume is an interesting and stimulating selection of perspectives from diverse, if sometimes ill-digested, disciplines."
—Journal of Anthropological Research

"Ethnhicity in Ancient Amazonia will be appreciated by those with an interest in understanding the diversity of the Amazonian past and historical situational views of ethnicity. The editors did a good job of putting together these fascinating chapters."
—American Anthropologist

A transdisciplinary collaboration among ethnologists, linguists, and archaeologists, Ethnicity in Ancient Amazonia traces the emergence, expansion, and decline of cultural identities in indigenous Amazonia.

Hornborg and Hill argue that the tendency to link language, culture, and biology—essentialist notions of ethnic identities—is a Eurocentric bias that has characterized largely inaccurate explanations of the distribution of ethnic groups and languages in Amazonia. The evidence, however, suggests a much more fluid relationship among geography, language use, ethnic identity, and genetics. In Ethnicity in Ancient Amazonia, leading linguists, ethnographers, ethnohistorians, and archaeologists interpret their research from a unique nonessentialist perspective to form a more accurate picture of the ethnolinguistic diversity in this area.

Revealing how ethnic identity construction is constantly in flux, contributors show how such processes can be traced through different ethnic markers such as pottery styles and languages. Scholars and students studying lowland South America will be especially interested, as will anthropologists intrigued by its cutting-edge, interdisciplinary approach.

Alf Hornborg is a professor of human ecology at Lund University in Sweden.

Jonathan D. Hill is a professor and former chair of anthropology at Southern Illinois University-Carbondale.