“The Title and Proof of Our Ancestors” 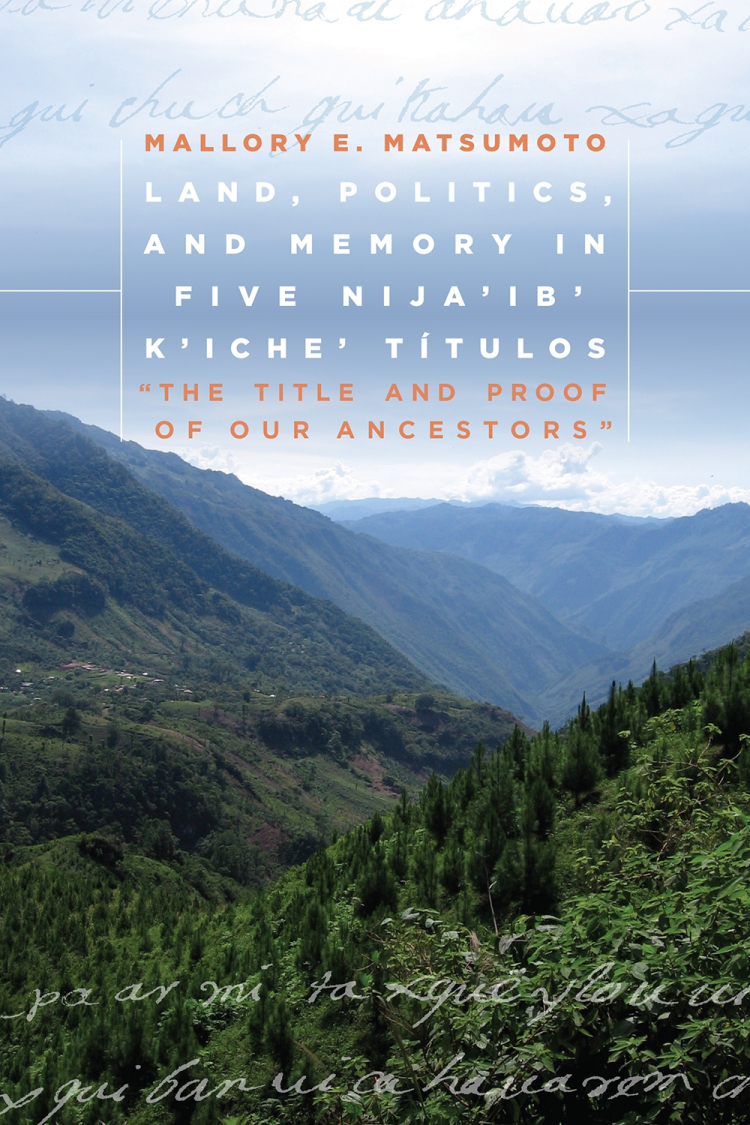 Hardcover Price $126.00
Paperback Price $45.00
Ebook Price $37.95
30-day ebook rental price $19.00
Buy Now
Honorable Mention, New England Council of Latin American Studies Best Book Prize 2018“The contents of the Nija’ib’ texts are almost secondary to the major contributions they make to the fascinating linguistic and sociological implications of the writing. A welcome addition to the scholarship of sixteenth-century highland Maya literature. . . . For specialists in the linguistics, archaeology, history, sociology, and ethnography of the Guatemalan highlands this will prove to be an essential part of every personal library.”

Land, Politics, and Memory in Five Nija’ib’ K’iche’ Títulos is a careful analysis and translation of five Highland Maya títulos composed in the sixteenth century by the Nija’ib’ K’iche’ of Guatemala. The Spanish conquest of Highland Guatemala entailed a series of sweeping changes to indigenous society, not the least of which were the introduction of the Roman alphabet and the imposition of a European system of colonial government. Introducing the history of these documents and placing them within the context of colonial-era Guatemala, this volume provides valuable information concerning colonial period orthographic practice, the K’iche’ language, and language contact in Highland Guatemala.

For each text, author Mallory E. Matsumoto provides a photographic copy of the original document, a transliteration of its sixteenth-century modified Latin script, a transcription into modern orthography, an extensive morphologic analysis, and a line-by-line translation into English, as well as separate prose versions of the transcription and translation. No complete English translation of this set of manuscripts has been available before, nor has any Highland Maya título previously received such extensive analytical treatment.

Offering insight into the reality of indigenous Highland communities during this period, Land, Politics, and Memory in Five Nija’ib’ K’iche’ Títulos is an important primary source for linguists, historians, and experts in comparative literature. It will also be of significant interest to students and scholars of ethnohistory, linguistics, Latin American studies, anthropology, and archaeology.

Mallory E. Matsumoto is a PhD student in the Department of Anthropology at Brown University. Land, Politics, and Memory in Five Nija’ib’ K’iche’ Títulos is her first book. Far from the Ruler

"The Only True People"

Linking Maya Identities Past and Present

Indigenous Perceptions and Changing Forms of Leadership in Amazonia