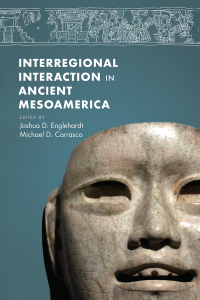 “Interregional interaction is a timely subject in Mesoamerican studies. This volume will offer a range of approaches to understand and assess interaction.”
—Cynthia Kristan-Graham, Auburn University

"The essays in this volume bolster a growing consensus that interregional interaction was the norm and not the exception in ancient Mesoamerica."
—Antiquity

"I congratulate the editors for assembling such an informative series of essays. The strength of this book is the empirical data, and I encourage colleagues to take the plunge and explore these richly presented analyses of sites and their materials."
—Latin American Antiquity

"Interregional Interaction in Ancient Mesoamerica will be an influential volume for future scholarship of the formation and maintenance of Mesoamerica. This book is a treasure trove for Mesoamericanist scholars of all stripes."
—Hispanic American Historical Review

Archaeologists have long recognized the crucial role of interregional interaction in the development and cultural dynamics of ancient societies, particularly in terms of the evolution of sociocultural complexity and economic systems. Recent research has further expanded the archaeological, art historical, ethnographic, and epigraphic records in Mesoamerica, permitting a critical reassessment of the complex relationship between interaction and cultural dynamics. This volume builds on and amplifies earlier research to examine sociocultural phenomena—including movement, migration, symbolic exchange, and material interaction—in their role as catalysts for variability in cultural systems.

Interregional cultural exchange in pre-Columbian Mesoamerica played a key role in the creation of systems of shared ideologies, the production of regional or “international” artistic and architectural styles, shifting sociopolitical patterns, and changes in cultural practices and meanings. Interregional Interaction in Ancient Mesoamerica highlights, engages with, and provokes questions pertinent to understanding the complex relationship between interaction, sociocultural processes, and cultural innovation and change in the ancient societies and cultural histories of Mesoamerica and will be of interest to archaeologists, linguists, and art historians.

Joshua D. Englehardt is profesor-investigador at the Centro de Estudios Arqueológicos of El Colegio de Michoacán, a CONACYT Level I National Investigator, and codirector of the Mesoamerican Corpus of Formative Period Art and Writing. He specializes in Mesoamerican archaeology and epigraphy, with a research focus on the development of Mesoamerican writing systems in the Formative period and the correlation of emerging scripts with diachronic changes in material culture. He is the editor of Agency in Ancient Writing and coeditor of These "Thin Partitions" and Interregional Interaction in Ancient Mesoamerica.

Michael D. Carrasco is associate professor of visual cultures of the Americas and cultural heritage studies in the Department of Art History at Florida State University. His principal areas of research include the origins of writing and indigenous aesthetics, theology, and epistemologies in Mesoamerica. He is coeditor of Parallel Worlds, Interregional Interaction in Ancient Mesoamerica, and Pre-Columbian Foodways.