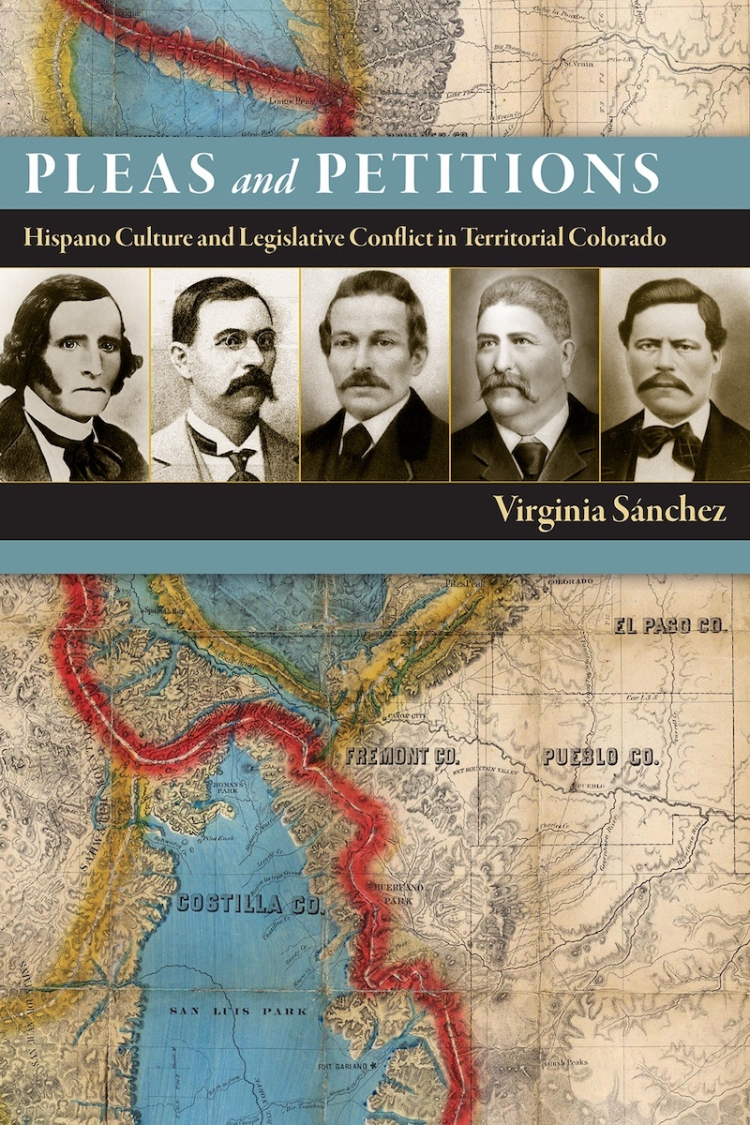 "The overall contribution of Pleas and Petitions is a better understanding of the issues early Hispano settlers faced in Colorado and a great contribution to the historical development of southern Colorado as a place."
—Journal of Historical Geography

"An exciting addition to the historiography of territorial Colorado and to scholarship on the relationship between race, colonialism, and violence in the American West."
—Western Historical Quarterly

"A fantastic addition to Colorado history from an ethnic-centered perspective, and it contributes greatly to ongoing recovery projects."
—Southwestern Historical Quarterly

In Pleas and Petitions Virginia Sánchez sheds new light on the political obstacles, cultural conflicts, and institutional racism experienced by Hispano legislators in the wake of the legal establishment of the Territory of Colorado. The book reexamines the transformation of some 7,000 Hispano settlers from citizens of New Mexico territory to citizens of the newly formed Colorado territory, as well as the effects of territorial legislation on the lives of those residing in the region as a whole.

Sánchez highlights the struggles experienced by Hispano territorial assemblymen trying to create opportunity and a better life in the face of cultural conflict and the institutional racism used to effectively shut them out of the process of establishing new laws and social order. For example, the federal and Colorado territorial governments did not provide an interpreter for the Hispano assemblymen or translations of the laws passed by the legislature, and they taxed Hispano constituents without representation and denied them due process in court.

The first in-depth history of Hispano sociopolitical life during Colorado’s territorial period, Pleas and Petitions provides fundamental insight into Hispano settlers’ interactions with their Anglo neighbors, acknowledges the struggles and efforts of those Hispano assemblymen who represented southern Colorado during the territorial period, and augments the growing historical record of Hispanos who have influenced the course of Colorado’s history.

A History of the Centennial State, Fifth Edition The Kiss of Death

Ecology before and during Wolf Restoration