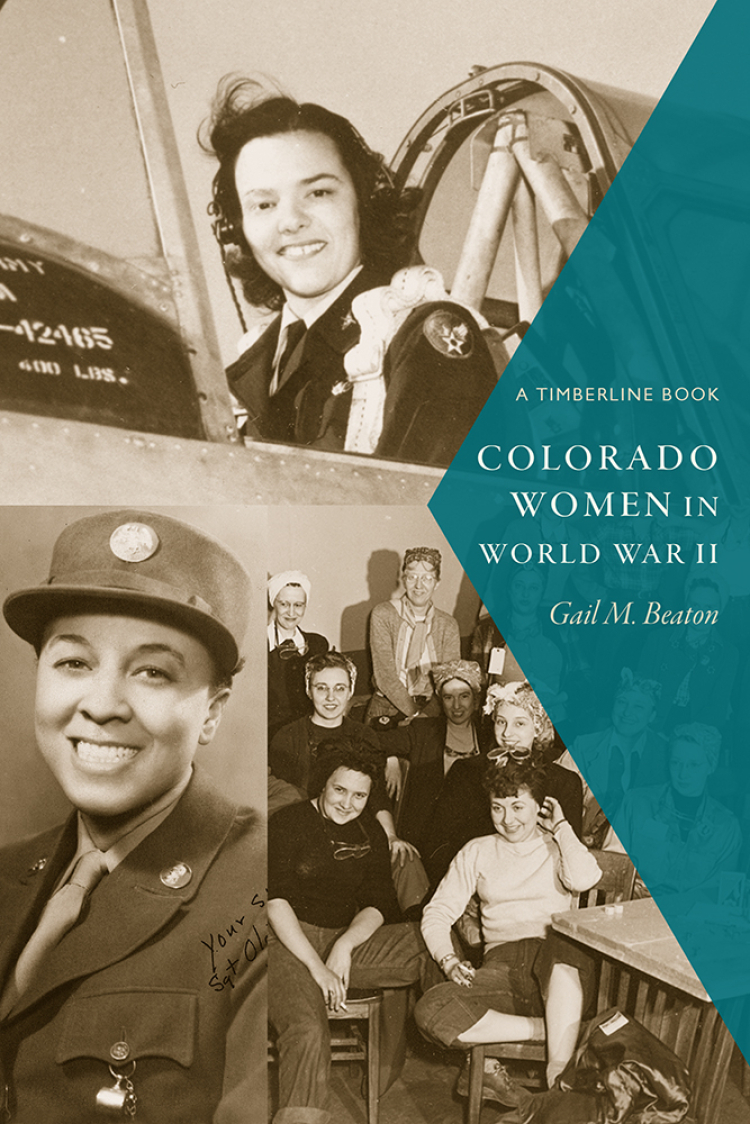 “Colorado Women in World War II is important for its rich detail, its focus on a western—but not coastal—state, its attention to the particular nature of Colorado’s role in defense production, and notably its coverage of Japanese American women and Native American women.”
—Susan Hartmann, Distinguished Arts and Humanities Professor of History at the Ohio State University

Four months before the attack on Pearl Harbor on December 7, 1941, Mildred McClellan Melville, a member of the Denver Woman’s Press Club, predicted that war would come for the United States and that its long arm would reach into the lives of all Americans. And reach it did. Colorado women from every corner of the state enlisted in the military, joined the workforce, and volunteered on the home front. As military women, they served as nurses and in hundreds of noncombat positions. In defense plants they riveted steel, made bullets, inspected bombs, operated cranes, and stored projectiles. They hosted USO canteens, nursed in civilian hospitals, donated blood, drove Red Cross vehicles, and led scrap drives; and they processed hundreds of thousands of forms and reports. Whether or not they worked outside the home, they wholeheartedly participated in a kaleidoscope of activities to support the war effort.

In Colorado Women in World War II Gail M. Beaton interweaves nearly eighty oral histories—including interviews, historical studies, newspaper accounts, and organizational records—and historical photographs (many from the interviewees themselves) to shed light on women’s participation in the war, exploring the dangers and triumphs they felt, the nature of their work, and the lasting ways in which the war influenced their lives. Beaton offers a new perspective on World War II—views from field hospitals, small steel companies, ammunition plants, college classrooms, and sugar beet fields—giving a rare look at how the war profoundly transformed the women of this state and will be a compelling new resource for readers, scholars, and students interested in Colorado history and women’s roles in World War II.

Gail M. Beaton is a historian, author, retired teacher, and Chautauqua presenter. She is a volunteer member of the Advisory Council of the Center for Colorado Women’s History at the Byers-Evans House Museum and regularly presents her “Gail Murphy: Colorado’s Rosie the Riveter” and “Sarah Platt Decker: Women’s Club Leader and Suffragist” portrayals to a variety of audiences. She is the author of Colorado Women in World War II and  Colorado Women: A History, a finalist for the 2013 Colorado Book Awards and for the 2013 WILLA Award from Women Writing the West. Visit her website at www.gailbeaton.com. Bound by Steel and Stone

The Colorado-Kansas Railway and the Frontier of Enterprise in Colorado, 1890-1960 Finding Solace in the Soil

An Archaeology of Gardens and Gardeners at Amache Where the Red-Winged Blackbirds Sing