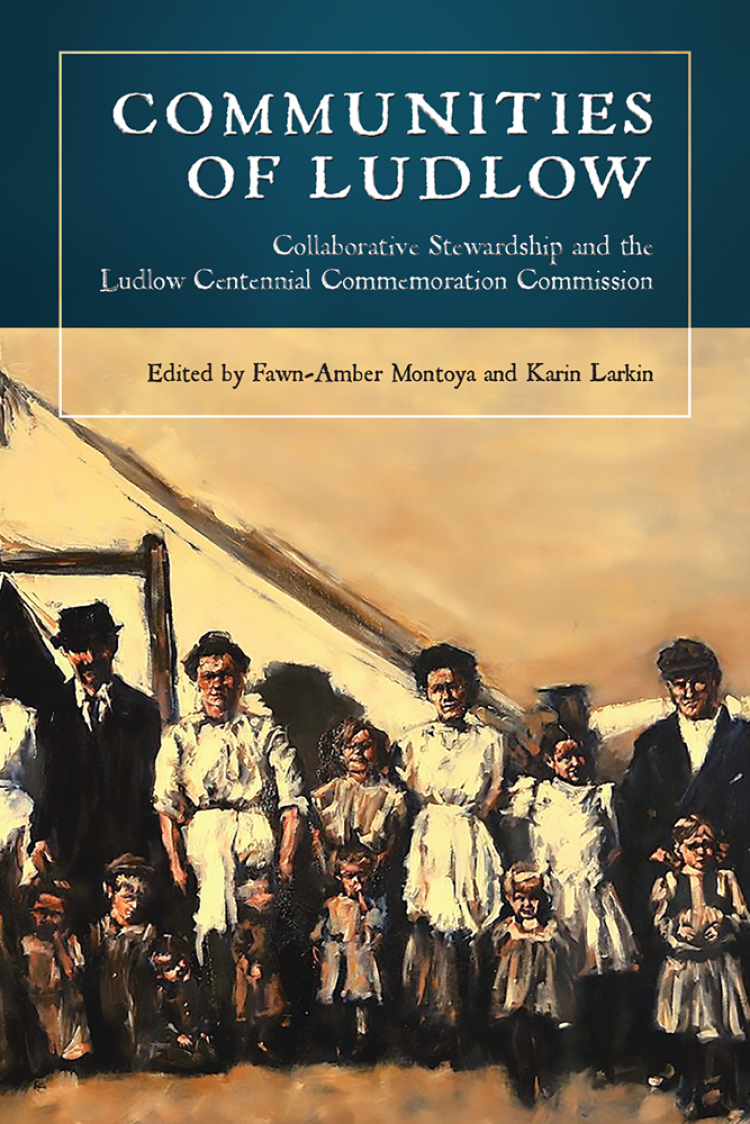 “There is no book that does what this book does, that provides a strategy for doing this kind of work and illustrates that strategy with such a detailed and important example. That the case study here is such a controversial and divisive story makes this volume all the more valuable.”
—Peter Rachleff, Macalester University

“Communities of Ludlow is both a history of the conflict and an attempt to bring contemporary recognition to Ludlow and its impact on the American labor movement. . . . What makes the book compelling are the stories of the strike participants.”
—The Denver Post

For more than one hundred years, people have come to the Ludlow Massacre Memorial site to remember the dead, to place themselves within a larger narrative of labor history, and to learn about what occurred there. Communities of Ludlow reveals the perseverance, memory, and stewardship that has been done to enrich and share the narratives of the people of Ludlow and the experiences of those who commemorate it.

The history of the Ludlow Massacre encompasses the stories of immigrant groups, women, the working-class, and people of color as much as the story of that tragedy. The continued relevance of these issues creates a need for remembrance and discussion around how to make the events of the Ludlow Massacre available to contemporary society. The book outlines recent efforts to commemorate this important historical event, documenting the unique collaborations in public scholarship and outreach among the diverse group of people involved in marking the 100-year anniversary of the Ludlow Massacre. The chapters relate the tales of the stewards of the Ludlow Massacre—the various communities that rallied together to keep this history alive and show its relevance, including lineal descendants, members of the United Mine Workers of America, historians, archaeologists, scholars, artists, interpreters, authors, playwrights, and politicians. The book also offers tips, strategies, and cautionary tales for practicing engaged public scholarship.

The history of the Ludlow Massacre has been told as a tragedy of striking miners in the West that occurred during a turbulent time in US labor relations, but it is so much more than that. Communities of Ludlow explores the intersections of public scholarship, advocacy, and personal experience, weaving these perspectives together with models for practicing public scholarship to illustrate the power of creating spaces for sharing ideas and information in an environment that encourages creativity, open dialogue, public outreach, political action, and alternative narratives.

Fawn-Amber Montoya is the Honors College Associate Dean of Diversity, Inclusion, and External Engagement and professor of history at James Madison University and cochair of the Ludlow Centennial Commemoration Commission. She is the editor of Making an American Workforce and coauthor of Practicing Oral History to Connect University to Community. As professor of history at Colorado State University Pueblo from 2008 to 2018, she received university-wide awards for service, advising, and mentoring.

Karin Larkin is associate professor and curator for the Anthropology Department at the University of Colorado Colorado Springs and vice chair of the Ludlow Centennial Commemoration Commission. She was the second project director for the Colorado Coalfield War Archaeological Project and is coeditor of The Archaeology of Class War and numerous book chapters and articles. She received the Stephen H. Hart Award for Historic Preservation for work on the Colorado Coalfield War Archaeology Project.