Tales and Interviews from the Road 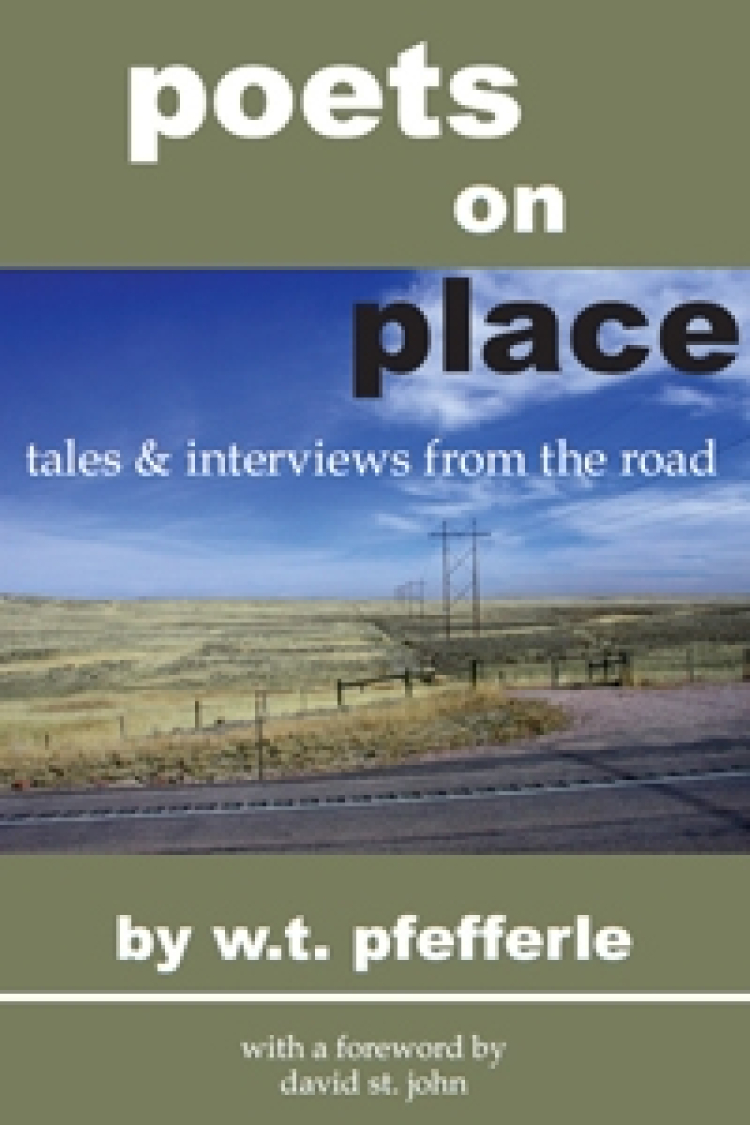 "Poets on Place is an extraordinary and unique collection of interviews with American poets. Collected with intelligence and wit by W. T. Pfefferle on his cross-country travels, these interviews on the importance of place and landscape in poetry—better than any anthology of poetry or prose I can think of—exhibit the profound richness and dazzling diversity of American poetry and its poets."
—David St. John, from the Foreword

Out to see America and satisfy his travel bug, W. T. Pfefferle resigned from his position as director of the writing program at Johns Hopkins University and hit the road to interview sixty-two poets about the significance of place in their work. The lively conversations that resulted may surprise with the potential meanings of a seemingly simple concept. This gathering of voices and ideas is illustrated with photo and word portraits from the road and represented with suitable poems.

W.T. Pfefferle is an author and poet who was born in Canada and lived in Texas for many years. He has written five books.