From the Ground Up

The History of Mining in Utah 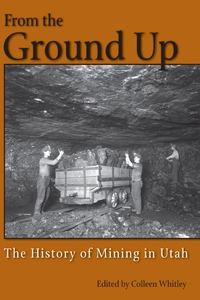 Mining had an enormous role, only partly measurable, in the history of Utah. Its multidimensional impact continues today. Economically, it made a major long-term contribution to the wealth, employment, and tax base of the state and stimulated a seemingly endless range of secondary businesses and enterprises. It helped shape the state's social history, determining the location, distribution, and composition of many communities and bringing transportation systems and a wide variety of institutions to them. It developed cultural diversity by drawing to Utah miners and families from otherwise underrepresented ethnic and national backgrounds. It ignited strife, particularly between labor and management, but those issues often spread into or connected with other conflicts in and between communities, classes, and factions. It influenced political platforms, generated candidates, and helped decide elections. Throughout the state, mining dramatically transformed the landscape, most obviously at what has been called the world's largest open-pit mine, which removed much of a mountain on the west side of Salt Lake Valley, but at innumerable other places too.

Despite all mining has done and meant, there has not been, until now, a book that surveyed its history in Utah. From the Ground Up fills that gap in a collection of essays by leading experts, among them historians Thomas G. Alexander, Martha Sonntag Bradley-Evans, James E. Fell Jr., Laurence P. James, Brigham D. Madsen, Philip F. Notarianni, Allen Kent Powell, W. Paul Reeve, Raye C. Ringholz, and Janet Burton Seegmiller and geologists J. Wallace Gwynn and William T. Parry. The book is divided into three comprehensive parts. The first looks at "The Ground of Utah Mining": the geology that has produced extractable minerals, the economic history of the industry, "father of Utah mining" Patrick E. Connor, and the lore of mines and miners. Part II reviews the history of a handful of particularly significant mineral industries: salines, coal, uranium, and beryllium. The last part takes a region-by-region approach to survey the important, primarily for hard-rock mining, areas of the state, including places from Silver Reef to Alta, the East Tintic Range to the Uinta Basin, and Park City to Frisco.

Colleen K. Whitley is the author of five books on Utah history and numerous articles, poems, and reviews. She taught for 20 years at Brigham Young University in the English and Honors Departments and serves on the editorial board of Utah Historical Quarterly.