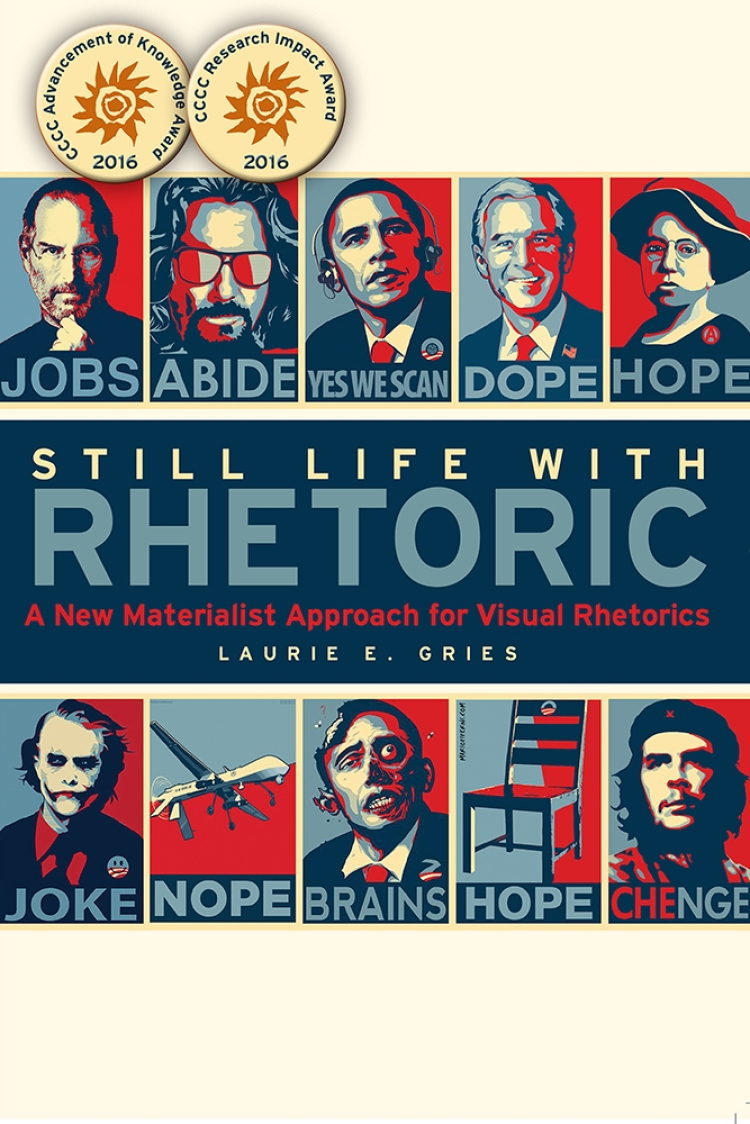 Winner of the 2016 CCCC Advancement of Knowledge Award

"[A] theoretically informed and methodologically sound engagement with the rhetorical image of Obama Hope​. . . . Still Life not only creates a new materialist methodology for visual rhetorics but also demonstrates how new materialism can enable scholars to understand images as important members of the political and social communities in which they exist​.​ . . .​​ [I]t succeeds in all aspects of rhetorical scholarship and will serve as both a touchstone and exemplar of the field for years to come. To put it in Gries’s language, this book is an object that has the ability to reassemble the network of which it is a part in meaningful and unexpected ways.​"​
—Composition Studies
"[B]oth a rich case study and a theorized yet empirical methodology for creating new materialist rhetorical scholarship."
—College Composition and Communication
“[C]ontributes a robust new materialist methodology to the burgeoning scholarly reconsiderations of the material, temporal and consequential things of collective life.”
—Present Tense
"A well measured and deeply intriguing adventure into the impossible. . . . Gries, in this foray into the tangled web of public discourse and policy, has found a way to make the impossible, assailable."
—Computers and Composition Online
"Still Life . . . brings the reader closer to increasingly important posthuman, new materialist theoretical perspectives. But Gries is not satisfied to let theory stand alone; she also effectively brings these abstract principles to life and illuminates their practical, real-world ramifications."
—Technical Communication Quarterly

In Still Life with Rhetoric, Laurie Gries forges connections among new materialism, actor network theory, and rhetoric to explore how images become rhetorically active in a digitally networked, global environment. Rather than study how an already-materialized “visual text” functions within a specific context, Gries investigates how images often circulate and transform across media, genre, and location at viral rates. A four-part case study of Shepard Fairey’s now iconic Obama Hope image elucidates how images reassemble collective life as they actualize in different versions, enter into various relations, and spark a firework of activity across the globe.

While intent on tracking the rhetorical life of a single, multiple image, Still Life with Rhetoric is most concerned with studying rhetoric in motion. To account for an image’s widespread circulation and emergent activities, Gries introduces iconographic tracking—a digital research method for tracing an image’s divergent rhetorical becomings. Yet Gries also articulates a dynamic set of theoretical principles for studying rhetoric as a distributed, generative, and unforeseeable event that is applicable beyond the study of visual rhetoric. With an eye toward futurity—the strands of time beyond a thing’s initial moment of production and delivery—Still Life with Rhetoric intends to be taken up by those interested in visual rhetoric, research methods, and theory.

Laurie E. Gries is assistant professor in the Department of Communication and Program for Writing and Rhetoric at the University of Colorado Boulder, where her courses focus on writing, rhetoric, and new media with a particular emphasis on theory and research. Assessing the Teaching of Writing The Assessment of Writing Programs Pathways of Latinas and Latinos Writing in High School and College