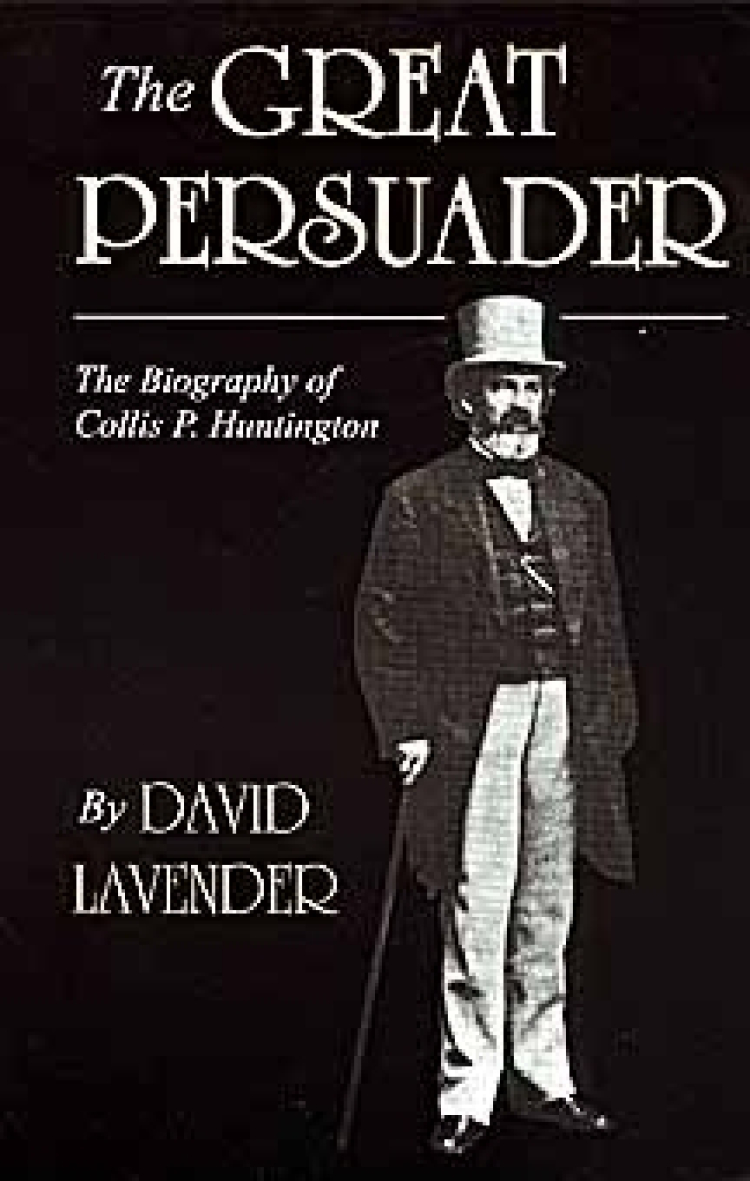 "[L]avish and fascinating detail, emphasizing in particular the complex, often illegal, financial and political wirepulling that generally won the day for Huntington."
—Kirkus

"David Lavender's biography probably will remain the standard account of Collis Potter Huntington for some decades to come."
—Montana Magazine

The Great Persuader is the biography of a robber baron, the greatest railroad mogul of them all—Collis P. Huntington, the Sacramento, California storekeeper who, along with Leland Stanford and Mark Hopkins, parlayed $1,500 into America's first continental railroad. It is an almost unbelievable story of a high dream of fortune realized through highhanded practices—an adventure which left the national treasury poorer by millions of swindled dollars, and America itself richer by a national railroad system which contributed greatly to the country's westward expansion. How did Huntington operate? What were his methods? Was he corrupt? These are questions that were previously unanswered, but, thanks to the cooperation of the Huntington family who supplied Mr. Lavender with material that had never before been made public, Lavender shows just how Collis P. Huntington operated—and it was defintely outside the law, although well inside the prevailing morality of his time. This book shows his complicated dealings with Sanford Hopkins; how he bested such tycoons as Thomas A. Scott, John C. Durrant, Oliver Ames, and Jay Gould; how Huntington accumulated the great fortune which was the legacy to his family; and how his great railroad network was to prove an unparalleled legacy to all Americans. The Great Persuader is a powerful story of a remarkable man whose singleness of purpose and ruthless manipulation of men and money propelled the great enterprise forward against all odds.

David Lavender, who grew up in Colorado, has long been one of the West’s leading historians. He was selected by the Huntingdon family to write this biography of their ancestor. His previous books include such classics as Bent’s Fort, The Santa Fe Trail, The Southwest, and his novel Red Mountain. He now resides in Ojai, California.

The Boys of Winter

Life and Death in the U.S. Ski Troops During the Second World War