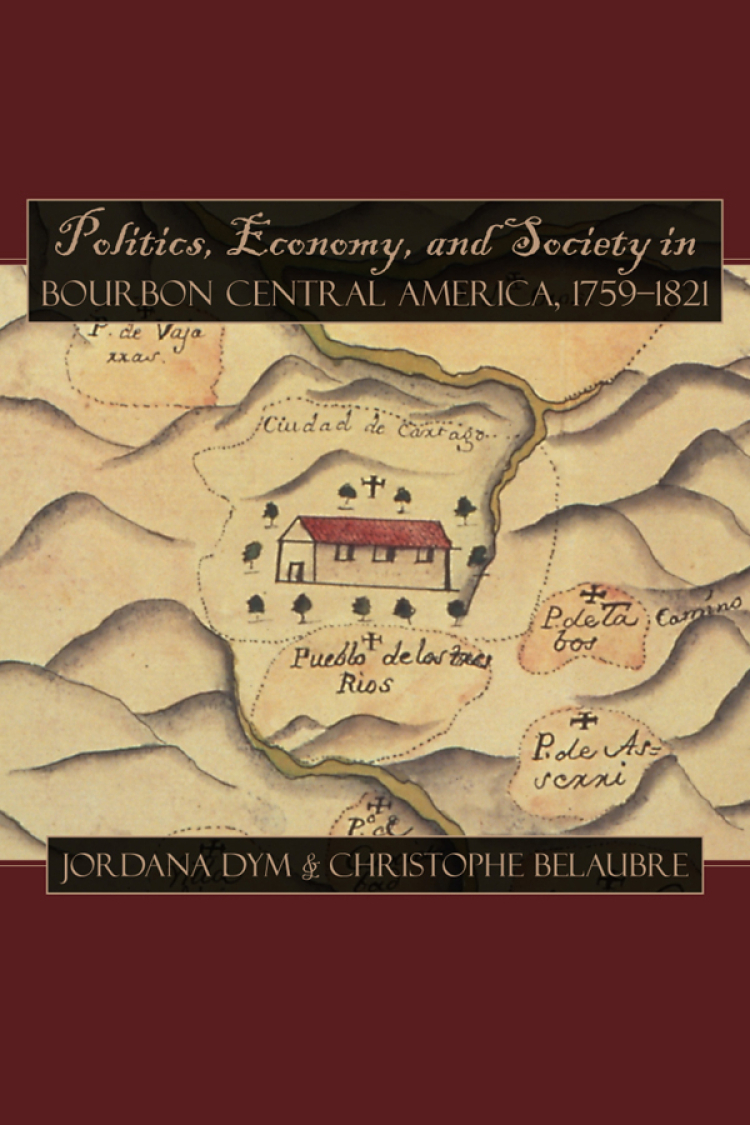 "With its focus on the regional histories of Central America, Politics, Economy, and Society in Bourbon Central America, 1759-1821 offers new contexts and new empirical material for key debates in our field."
—Kevin Gosner, Department of History, University of Arizona

"This book, then, makes valuable contributions to its theme, whether that theme is Bourbon reform in Central America, or Central America during the late Bourbon era."
—Adrian Pearce, Bulletin of Latin American Research

"[B]rings together an important collection of essays on politics, economy, and society in late colonial Central America, whose secondary importance within Spain's empire has contributed to neglect within Anglophone historiography. . . . [T]his collection is first-rate, with each essay being an invitation to explore Central America's rich but understudied colonial past."
—Mauricio Pajón, University of Texas at Austin; Colonial Latin American Historical Review

Politics, Economy, and Society in Bourbon Central America, 1759-1821 examines how the Spanish policies known broadly as the Bourbon Reforms affected Central American social, economic, and political institutions. Although historians have devoted significant attention to the purpose and impact of these reforms in Spain and some of Spain's other New World colonies, this book is the first to explore their impact on Central America.

These reforms profoundly changed aspects of Central America's politics and society; however, these essays reveal that changes in the region were shaped both internally and externally and that they weakened the region's ties to metropolitan Spain as often as they reinforced them. Contributors focus on specific policy changes and their consequences as well as transformations throughout the region for which no direct Bourbon inspiration appears to be responsible. Together they demonstrate that whether or not the Crown achieved its primary goals of centralization and control, its policies nevertheless provided opportunities for evident, often subtle, and occasionally unintentional shifts in the colonial government's relationship to its constituent populations.

Jordana Dym is an associate professor of Latin American History at Skidmore College.