A Lady's Life among the Mormons 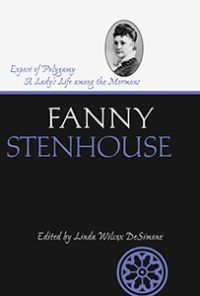 "This book will take its place alongside Annie Tanner's A Mormon Mother as one of the best book-length, firsthand female accounts of polygamy available."
—Claudia L. Bushman, editor of Mormon Sisters: Women in Early Utah

After the 1872 publication of Exposé of Polygamy, Fanny Stenhouse became a celebrity in the cultural wars between Mormons and much of America. An English convert to Mormonism, she had grown disillusioned with the Mormon Church and with polygamy, which her husband practiced before associating with a circle of dissident Utah intellectuals and merchants. Stenhouse's critique of plural marriage, Brigham Young, and Mormonism was also a sympathetic look at Utah's people and honest recounting of her life. Before long, she created a new edition, titled Tell It All, which ensured her notoriety in Utah and popularity elsewhere but turned her thoughtful memoir into a more polemical, true exposé. Since 1874, it has stayed in print, in multiple, varying editions. The original book, meanwhile, is less known, though more readable. Tracing the literary history of Stenhouse's important piece of Americana, Linda DeSimone rescues an important autobiographical and historical record from the baggage notoriety brought to it.