Francisco López de Gómara and the Ethics of Spanish Imperialism 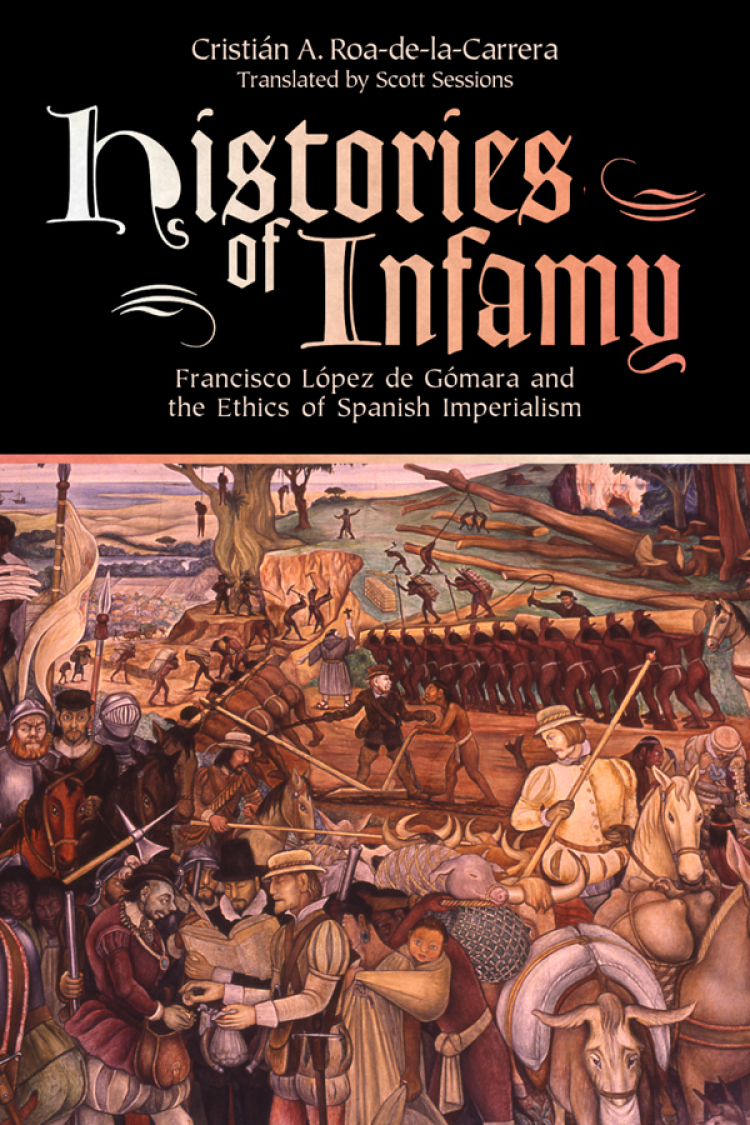 "Roa-de-la-Carrera convincingly shows that Gómara, as well as other historians in the period, cannot easily ignore nor erase the contradictions of the Spanish colonial project."
—Luis Fernando Restrepo, University of Arkansas

"In an eloquent and thorough exegesis, Roa-de-la-Carrera reveals how and why López de Gómara, having written the best of all possible books in exultation of Spanish imperialism, nevertheless failed to convince the readers of his time."
—Susan Schroeder, Tulane University

"Roa-de-la-Carrera makes manifest why Gómara was unable to legitimize the conquest and its concomitant cruelties and injustices. Even within the framework of the time when Gómara published his text, in 1552, with European cultural superiority taken for granted in Spain and other European countries, the conquest was already being examined and criticized."
—Library Journal

"Roa-de-la-Carrera deftly teases out the thorny issues that a pro-imperialist historian had to address: the greed and violence of the conquistadors, the place of the indigenous populations in Christian world history and in the new cultural and economic system of colonization, the vicissitudes of church and crown policies regarding the role of conquistadors and Indians. . . . Roa-de-la-Carrera's study is carefully researched, developed, and written."
—Kathleen Myers, American Historical Review

"Roa-de-la-Carrera has done an excellent job of picking through the very complex world of ideas that López de Gómara inherited. While not entirely sympathetic to his subject, Roa-de-la-Carrera does attempt to present him in an objective light by looking at the influences under which he wrote and the countervailing discourses that surround him."
—John F. Schwaller, Hispanic American Historical Review

"Cristián Roa-de-la-Carrera's book makes an important contribution to the study of colonial Latin American literature by helping to fill [a] gap, integrating close study of Gómara's work into current debates about the tradition of renaissance historical writing about the Americas. . . . Roa-de-la-Carrera fleshes out a broader argument about Spanish imperialism in the sixteenth century and the ethical debates that proved to be of paramount importance to intellectuals and writers both in the peninsula and the New World."
—Patricio Boyer, The Americas

"Roa-de-la-Carrera is not simply peddling a variant of the widespread notion that history is 'written by the winners,' that staple of undergraduate skepticism regarding the discipline's utility. Rather, he wishes to explain how a history that was in fact very much intended to laud the success of Spain's 'civilizing mission' in the Americas ended up on the royal list of prohibited works shortly after its publication."
—Paul Lokken, H-Net Reviews

The most widely read account of the conquest in its time, Gómara's Historia general de las Indias y Conquista de Mexico rationalized the conquistadors' crimes as unavoidable evils in the task of bringing "civilization" to the New World. Through an elaborate defense of Spanish imperialism, Gómara aimed to convince his readers of the merits of the conquest, regardless of the devastation it had wrought upon Spain's new subjects.

Despite his efforts, Gómara's apologist text quickly fell into disrepute and became ammunition for Spain's critics. Evaluating the effectiveness of ideologies of colonization, Roa-de-la-Carrera's analysis will appeal to scholars in colonial studies and readers interested in the history of the Americas.

Scott Sessions is a research associate and visiting lecturer at Amherst College.

Cristián A. Roa-de-la-Carrera is an associate professor of Spanish at the University of Illinois at Chicago.

The Chinese on the Rocky Mountain Mining Frontier

The Coronado Expedition to Tierra Nueva