The Archaeology of Plenitude 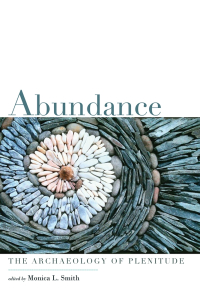 “Abundance makes a compelling argument for considering resource abundance, rather than assuming resource scarcity, as a driving force in human dynamics—a shift that could fundamentally change the interpretation of archaeological data.”
—American Antiquity

“As examples of research shape-shifting between quantitative and narrative modalities, these studies offer a precedent for the validity of extrapolation. As examples of socioeconomic detective literature, the findings are also a pleasure to read.”
—Journal of Industrial Ecology

Using case studies from around the globe—including Mesoamerica, North and South America, Africa, China, and the Greco-Roman world—and across multiple time periods, the authors in this volume make the case that abundance provides an essential explanatory perspective on ancient peoples’ choices and activities. Economists frequently focus on scarcity as a driving principle in the development of social and economic hierarchies, yet focusing on plenitude enables the understanding of a range of cohesive behaviors that were equally important for the development of social complexity.

Our earliest human ancestors were highly mobile hunter-gatherers who sought out places that provided ample food, water, and raw materials. Over time, humans accumulated and displayed an increasing quantity and variety of goods. In households, shrines, tombs, caches, and dumps, archaeologists have discovered large masses of materials that were deliberately gathered, curated, distributed, and discarded by ancient peoples. The volume’s authors draw upon new economic theories to consider the social, ideological, and political implications of human engagement with abundant quantities of resources and physical objects and consider how individual and household engagements with material culture were conditioned by the quest for abundance.

Abundance shows that the human propensity for mass consumption is not just the result of modern production capacities but fulfills a long-standing focus on plenitude as both the assurance of well-being and a buffer against uncertainty. This book will be of great interest to scholars and students in economics, anthropology, and cultural studies.

Monica L. Smith is professor of anthropology at the University of California, Los Angeles. Her research analyzes the impact of material culture on human societies and the role of consumption in the development of urbanism. She is the author of A Prehistory of Ordinary People and the editor of The Social Construction of Ancient Cities.